Tom Sawyer is a Native Wichitan

Tom Sawyer was born in St. Joseph's hospital right here in Wichita.  Growing up, Tom learned the value of family.

Tom grew up watching Miss Fran on Romper Room and Major Astro on TV, saving the blue plastic coins in Sta-Krisp potato chips to ride the rides at Joyland (the roller coaster was his favorite), attending the NBC tournament in the summers with his Grandpa.  He enjoyed walking to the TG&Y and eating at Peter Pan, Taco Tico, Kau Kau, Nu Way and Sandy's.   He marveled at Century II and the big tall

downtown Holiday Inn when they were first built.

And of course he grew up enjoying following Shocker basketball and football. Gus Grebe could make almost any football play sound exciting.  And he wept on Oct. 2, 1970 when the plane carrying the WSU football team, coaches and boosters crashed in the Colorado mountains.

Tom's parents worked hard to raise Tom and his four sisters.  He remembers the sacrifices they made when he votes in the legislature. Who Shares Our Values

As a youngster, Tom Sawyer started a business selling candy and books out of his room. Years later Tom would start his own successful small business. Tom understands the value of hard work.

Who fights for Jobs in Wichita

Tom has voted for many bills to expand jobs right here in Wichita.  And when he found out that the State of Kansas was outsourcing call center jobs to India, Tom Sawyer offered an amendment that put a stop to this practice.

Now he has a 9 point plan to bring more jobs to Wichita.

Tom Sawyer is a WSU Graduate

Tom Sawyer worked his way through college at Wichita State.  He worked full time while attending classes earning his BBA in Accounting in 1984.

Who is involved in Our Community

Tom Sawyer has done a lot of volunteer work for various organizations in our community.  He has walked 20 miles in the CROP walk. He helped built 20 houses in a week as part of Habitat for Humanity's Blitz-Build Wichita in 1995.  He has served on the legislative committee for the American Diabetes Association. He has helped mentor youth as part of the youth program at his church. He served on the Visioneering Wichita Committee Task Force in 2004. He has even successfully completed the Baseball around the Clock in the NBC tournament at Lawrence Dumont Stadium.

He has served on the City of Wichita Human Resources Board, he served 8 years on C.P.O. (Citizen Participation Organization) Councils and a couple years chairing the CPO Coordinating Board. In 2012 he served on the Presidential Search Committee to find a new President for Wichita State University, among his many community activities.

Tom Sawyer is an Experienced

Tom Sawyer has previously twice served the citizens of the 95th district.  He was first elected in 1986 and served until 1998 when he didn't run again so that he could run for governor.

After the Kansas House passed Governor Brownback's reckless tax plan in 2012, Tom Sawyer decided it was time to run again.  His main reason for returning to the House was to undo this awful tax plan and to restore fiscal sanity to our state.  He won't give up until the job is done.  Our children's education and the future of our state depends on it.  Overall he has 27 years of experience fighting for us in the Kansas State House.

Who listens to our concerns

Tom is always willing to visit with constituents at the Capitol or in Wichita.  During his time as our State Representative he has sent out newsletters, legislative highlights and other helpful information.  Tom also surveys the district regularly and holds town meetings to listen to the concerns of the people of the 95th district.

He feels it is his duty to keep in touch.  He even publishes his complete voting record on this web-site. You can let him know what you think today by clicking on the "Participate in Today's Polls" link located on the upper left hand corner of this page. Or you can call him or text him at 265-7096.

Tom Sawyer is A Proven Leader

His fellow legislators have recognized Tom Sawyer's leadership skills as they have elected him to several leadership positions over the years.

In 1990 he was elected the House Majority Whip and chairman of the House Ethics and Elections Committee.

In 2005, our local representatives elected Tom to serve as Chairman of the Sedgwick County Legislative Delegation.  He is one of very few Democrats to hold that position in the last 20 years.

During his last eight years in the Kansas Legislature, Tom Sawyer has served as the Vice Chairman of the House Rules and Journal Committee and as the Ranking Member of both the House Ethics and Elections Committee and the House Tax Committee.  He currently servies on the Governor's Task Force on Tax Reform.

Tom Sawyer in 2015 leading the opposition on the house floor to the largest tax increase in Kansas history.  Unfortunately he lost that battle as the pro Brownback forces were able to get the bare minimum number of votes needed to give Kansas the second highest tax on food in the nation.  Tom Sawyer is dedicated to reducing and eventually eliminating the Kansas Sales Tax on food.  Kansas is one of only 14 states that still taxes food.

Who fights for us in Topeka!

During his time in the legislature he has earned a reputation for working across party lines to solve problems.

During his previous term in the legislature, the state cut $159 million in waste out of the budget.  Examples include: Closing little used state offices in rural areas saving the state $1.4 million annually, reducing the State Parole Board and State Board of Tax Appeals from 5 to 3 members each, changing the state supplies contract to save $100,000 annually, passed HB 2678 which will save the state $4.5 million annually by allowing the state to phase in new license plates over 3 years. He feels that we made progress but we have a long ways to go. Unfortunately the current legislature seems too busy fighting and playing politics and that will lead to a huge budget deficit if they don't get their act together.

Tom also feels that the state should pay its debts off during the good times so we don't have to raise taxes or cut vital programs during the bad times.

Now Tom Sawyer is ready to go back

toTopeka to find solutions to our

problems and end the senseless

The last straw was when the 2012 Kansas Legislature passed a reckless state budget that left the state with a major deficit and the legislature failed to do their job and draw maps for the Kansas House, Senate, the Kansas Congressional districts and the State Board of Education. Kansas was the only legislature in the whole country that failed to do their job and draw election district maps.  What they couldn't do in 99 days, 3 Federal court judges accomplished in 8 days.

So in 2012 Tom Sawyer decided to run again for the Kansas House.  He wants to undo the reckless Brownback tax plan that was hurting our children's education and is destroying the fiscal well being of our state.

Tom Sawyer has the reputation of working across party lines to get things done.  Among his many accomplishments: He worked with Republicans to solve our high workers compensation premiums and cut our property taxes by 27% in 1992, He worked with Governor Graves to cut car taxes in half over 5 years and to provide a Homestead Property Tax exemption for Homeowners, He led the charge to improve our governmental ethics laws in Kansas and much, much more.

When He served as House Majority Leader in 1992, newspapers across Kansas hailed it as one of the most productive sessions in Kansas history.

Tom Sawyer is a problem solver.

Tom Sawyer works to find solutions.  He doesn't believe in playing politics.  He works hard to improve the lives of everyday Kansans. That is what we need today more than ever in the Kansas House.  We need Tom Sawyer's leadership.

Tom Sawyer is from Wichita and he shares our values:

Tom Sawyer values a good education system that is accountable to the public. He wants to improve our children's education by reducing class sizes and directing more tax dollars into the classrooms by cutting waste.  Tom feels that class sizes need to be smaller and administration should be even smaller.

Tom Sawyer values a good health care system. Tom feels that Doctors and Patients should be in charge of health care decisions.  He is working to make prescription drugs more affordable and to make health insurance more affordable and available to all Kansans. He supports expanding Medicaid so that 150,000 more Kansans will have health care coverage.  He also supports making cannabis a legal choice for those in pain and opposes efforts to further restrict health care options.

Tom Sawyer worked to bring more high paying jobs to Wichita.  Tom Sawyer worked to pass a bill that could bring a thousand new high paying aircraft maintenance jobs to Wichita.  Tom also supported the Bio Sciences bill that could bring us many high paying jobs in the future.  And when Tom Sawyer found out that the State was outsourcing call center jobs overseas, he offered an amendment that put a stop to it!  Last session he worked across the aisle to pass a bi-partisan pan to extend unemployment benefits from 16 weeks to 26 weeks in Kansas. Now he has a 9 point plan to bring more jobs to Wichita.

Tom Sawyer values a safe community.  He feels that if we aren't safe in our homes nothing else matters much.  Tom Sawyer is a strong supporter of Community policing and supports giving law enforcement the tools they need to keep us safe.  Over his years in the Kansas House the Kansas State Troopers Association recognized his work and endorsed him several times.  He supports Criminal Justice Reform that will save our prison space for violent offenders while providing treatment instead of prison for those with addiction problems.

Tom Sawyer values a government that is open and accountable to the voters.  He holds town meetings, mails out newsletters and other important information to constituents,  and he puts his voting record on his website.   As chair of the House Elections and Ethics Committee He led the fight that enacted over 29 different ethics and campaign reform measures.

The last couple of years he worked to get every legislative meeting broadcast on the internet so that the public can more easily participate.  Starting in January 2021, EVERY LEGISLATIVE COMMITTEE MEETING AND SESSION IS BROADCAST LIVE ON THE INTERNET.

"Tom Sawyer is a class act.  He deserves our thanks." - Hutchinson News Editorial 1998 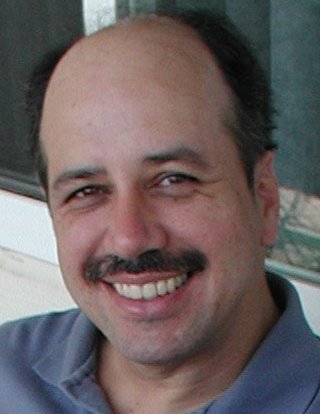 Donate to this campaign by clicking on this link.

Contribute to the Tom Sawyer for State Representative Campaign with a credit or debit card by clicking on this link!          Donations to Political Campaigns are not tax exempt